During the summer of 2019, I worked a lot on my first version of this ship, based only on the few images from the Mandalorian panel at Star Wars Celebration on April 14th.
Then the first season of the show has aired, it was FANTASTIC and the Razorcrest had a very good screen time, giving me, chapter after chapter, many details to recreate, both exterior and interior.

At first I wanted to improve my existing version, but I quickly realized it was to small to support all the details I wanted to add to it. So I decided to start a new one from scratch.
My objectives were :
- Make it bigger but still in the minifigscale range,
- Make it as detailed as possible (interior and exterior),
- Make it as studless as possible,
- Make it modular (to allow better accessibility for modifications and for photos)

At that point, I was not sure if I would embark on the adventure of making digital plans and instructions for this.
Then I was contacted by James Robinson, who offered to help designing these instructions.
It's been a very long process, even for two people ! Plus it was the first time I was doing Instructions and I wanted them to be as good as official lego ones.
Countless hours and 500+ pages later, the instructions for this 5.2 kg beast are available. 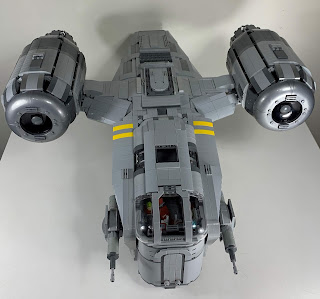 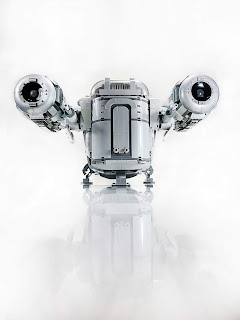 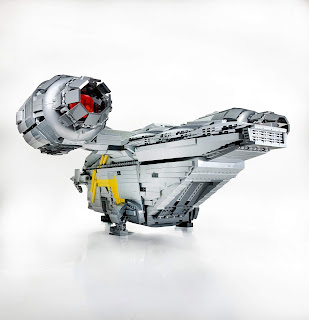 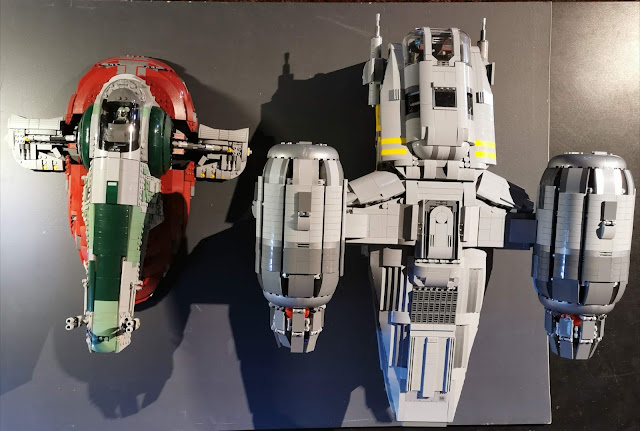 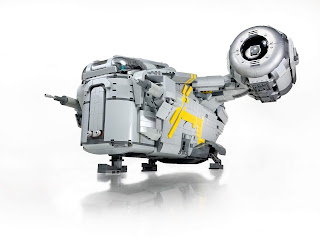 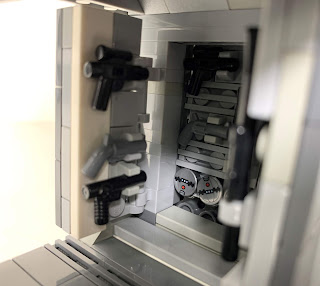 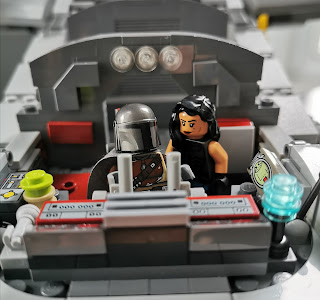 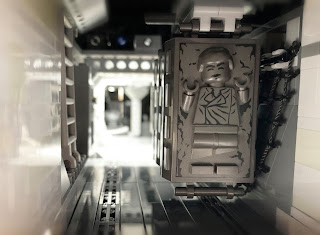 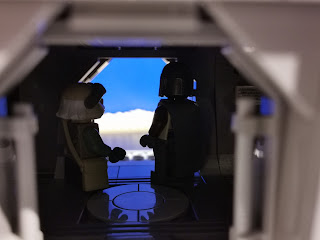 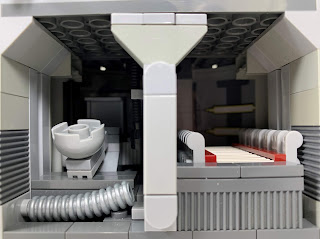 Why a V2 ?
1/Thanks to your feedback, I corrected some mistakes and inconsistencies !
Remember, this is the first time I design instructions !

2/
While fixing these, I took some extra time to limit the use of rare or very rare pieces to make this version less expensive that the first one.
It should also be easier to gather the pieces for this version, and require less orders.
I replaced most of the Silver pieces with LBG and DBG, feel free to add some Metalic Silver or Flat silver if you can afford it !

3/
What about these transparent vintage parts for the canopy ?
I have been looking at different ways to design the cockpit since 2019 April 19th... And so far I have not found a good way to do without these "6059".
There were plenty of them on Bricklink, selling under a dollar until I released my build in January, but now they cost over 60$ each.
At this point, it seems preferable to buy the set 6416 which contains 2 of them than buying them separately. (you get two of them plus 200+ other pieces)

4/
Will I send it to everyone who ordered the V1 ?
Yes ! If you already have version 1 and want to receive V2, just send me a quick email at papaglop.moc@gmail.com
5/
Did the part count change ?
Yes, it jumped from 4002 to 4082 because I replaced big pieces by multiple smaller ones when it was possible and less expensive. I also added parts to make the build more robust based on the feedback I received.

6/
Do the dimensions change ?
No

7/
How can I upload the XML part list in Bricklink ?
Visit this page for tips on how to use Bricklink and shop wisely.

8/
Please note
With this version, the price of the pieces should sink from around 600 USD to around 500 USD. However, Bricklink shops are subjects to offer and demand and you will need time and luck to find the better deals. I am not responsible for the availability and price of the pieces.